There are two main types of duct burners:

Standard burners are sometimes mounted in the HRSG walls, particularly in smaller HRSGs, but are more usually mounted in the gas stream.  Most often, combined cycle plants use the linear (grid) burners that span the duct.   These provide even heating of the gas stream [1]. Burner elements are generally located either in the transition duct between the GT exhaust  and the lead row of the HRSG or inter-stage upstream of the initial superheat or reheat assemblies.

Figure 1 shows a runner that was improperly installed at the time of construction. This buckled after less than 10000 hours of operation. 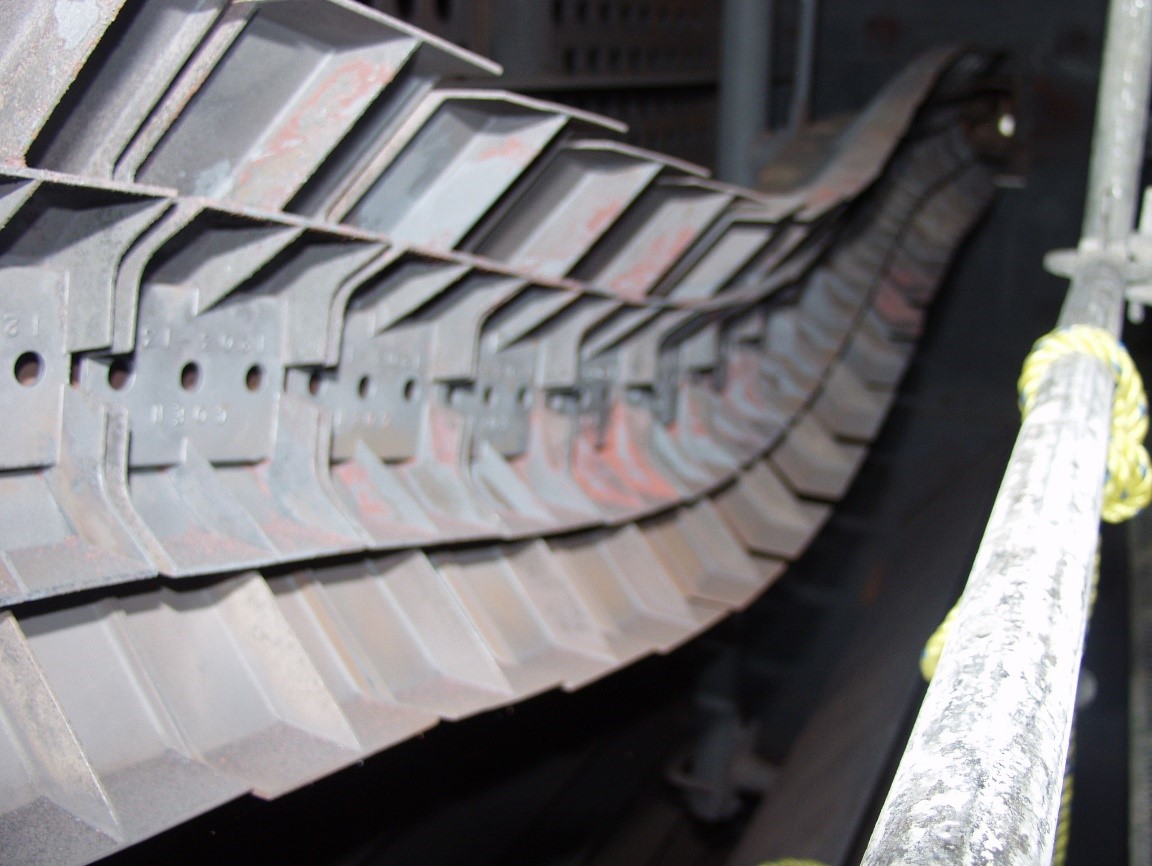