Piping supports and hangers require routine inspection.  Interferences with equipment or structures can cause severe damage to piping supports as can unanticipated fluid transients such as waterhammer.  Since the function of piping supports is to accommodate dead weight and thermal expansion loads while maintaining a necessary amount of flexibility, it is important that piping supports be functioning as intended.  This means that spring supports should be operating in their designated travel cold-hot and that piping should be supported in both cold and hot conditions without being overloaded (i.e. topped out spring supports). Depending on the orientation of the support, it can also be “bottomed-out” if excessive weight/load is being carried.  Inspection histories should be carefully maintained to facilitate maintenance planning.  HRSG Piping includes steam and water piping from the HRSG to and from the steam turbine (and steam host for cogen units) as well as connecting piping in the HRSG proper. Also included is fuel piping for burners, and ammonia piping for SCR’s.  Connecting piping includes downcomers, distribution and collection manifolds in economizers and evaporators, attemperators, superheater/reheater crossovers and feed lines.  Other lines include vent and safety valve discharge lines.  While piping systems do not require frequent maintenance, there have been isolated reports of failure of all module hangers in one section of the HRSG. That experience is not typical. Damaged hangers (bent/broken) are most commonly associated with piping that is exposed to severe loads in excess of design operating conditions, such as desuperheater spray piping where condensate is flashing causing water/steam hammer or other connecting piping where similar phenomena have occurred [1].

Improperly designed pipe support systems can also result in excessive loads on the supports.   Other problems caused by improper pipe support operation include:

Visual inspection is an effective technique for piping hangers and supports. 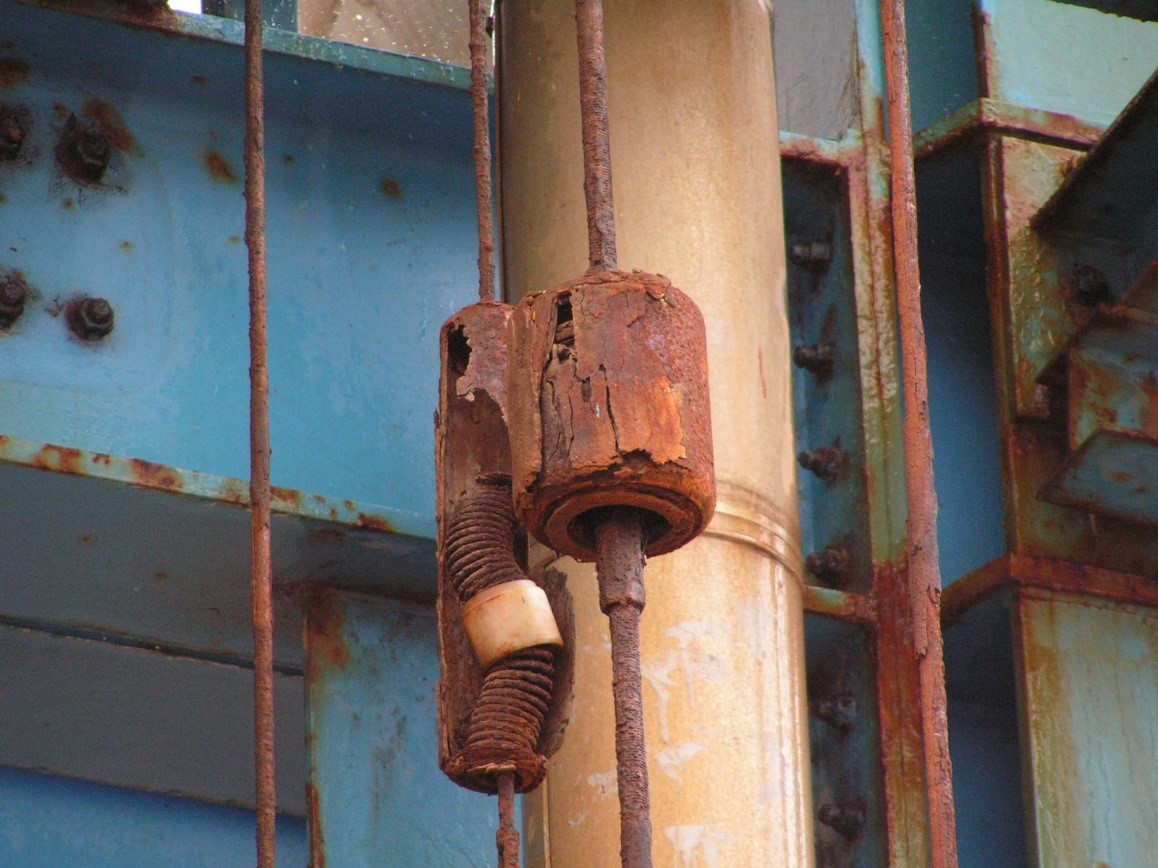 Top-supported HRSGs typically use bolted drilled plate hangers for headers. Inspection of hanger supports has in some instances identified missing support pins or displaced pins.  Repairs have consisted of replacement of pins and/or welding of the pin to the plate. Inspections of HRSG headers can be performed whenever the penthouse or “attic” section of the HRSG is accessible.

External piping supports should be inspected every 2-5 years.  The following conditions are of interest:

Digital records of support conditions and spring settings can be obtained by digital cameras and digital binoculars. Preventive Maintenance (PM) programs for High Energy Piping provide a coordinated way to manage these risks. PipeVue 2.0 was been specifically developed by Tetra Engineering to store and organize the large amounts of inspection data associated with piping systems in one network-based solution, easily accessible for both plant operators as well as engineers planning yearly inspections. The software has modules covering not only Piping hangers & supports but also Flow-accelerated corrosion (FAC) inspection data, Welds (Weld inspection data), CARDS (Boiler components) and Operating History.