The high costs associated with unexpected forced outages for merchant units or for units in deregulated markets encourage efforts to anticipate problems in HRSG components that are susceptible to service related damage. Damage mechanisms vary in severity based on materials selected by the HRSG OEM, local operating stresses and the interaction between vibration and corrosion mechanisms.  In addition to fundamental design differences, modern HRSGs are also subject to a wider range of duty in power applications.  Baseload operation was normal for smaller HRSGs, but today’s deregulating electric power market requires many new large HRSGs to operate in cycling duty.  This has resulted in many units experiencing damage much sooner than would be expected with baseload operation.  Some cycled units have experienced tube failures and leaks after only a few thousand hours of operation.  The more severe duty from cycling operation reveals design weaknesses earlier at many newer combined cycle plants, as well as not infrequently fabrication-related deficiencies [1]. 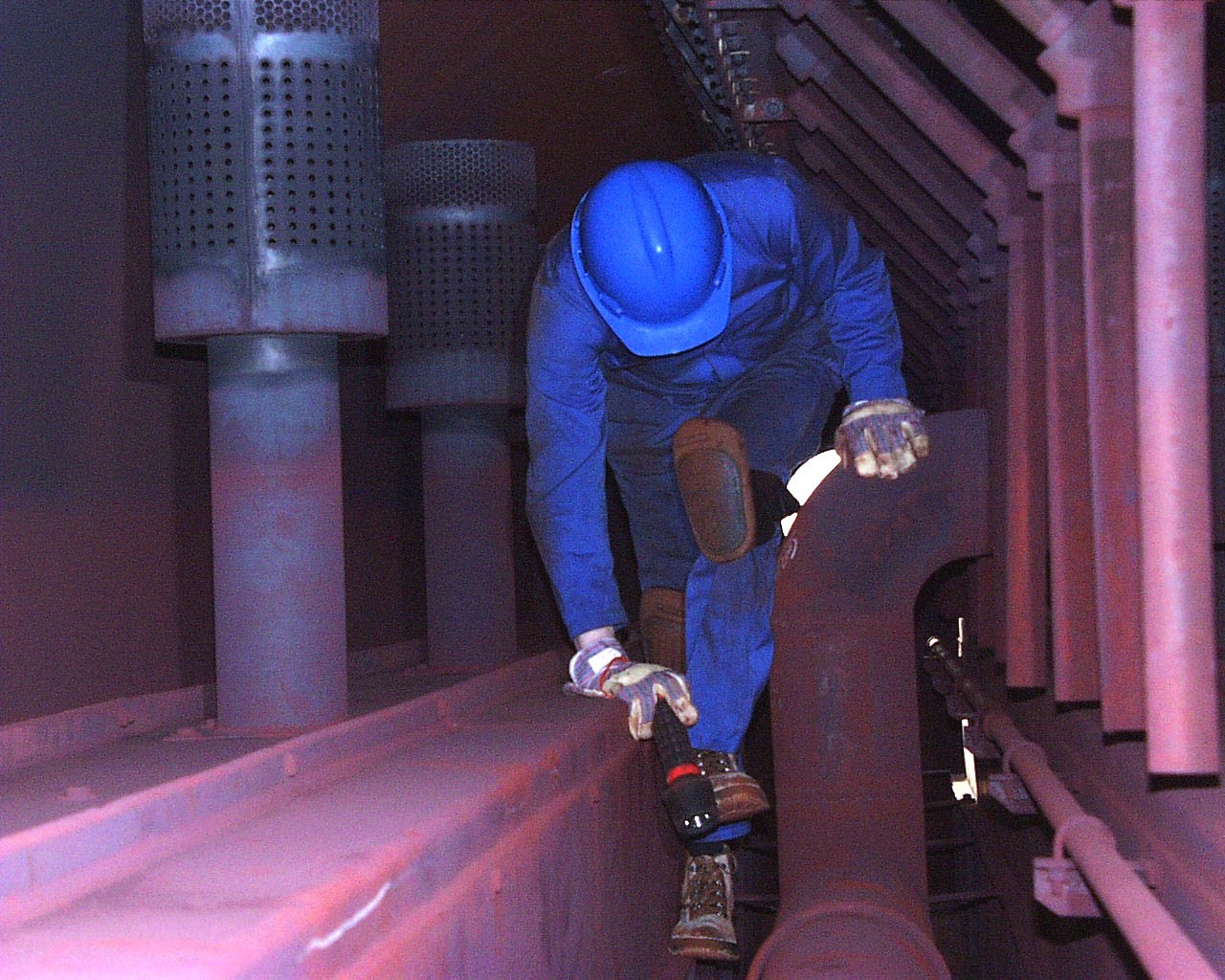 The HRSG is subject to boiler licensing rules in almost every location in the world.  These require construction and maintenance to specific codes and have differing requirements for inspection, maintenance and repair.  The codes and procedures were created to prevent catastrophic failure and the resultant loss of life, injury and property damage.  Compliance with them is required in most jurisdictions on a statutory basis and will give reasonable confidence that catastrophic failure will be avoided.  While compliance is required, jurisdictional codes do not always address in-service degradation concerns.

In the United States, HRSG pressure part design and operation falls under the jurisdiction of the ASME Code.  State boards enforce the National Boiler Inspection Code [2] in most states (but not all) through requirements for statutory inspections.  Insurance companies underwrite the risks associated with power plant operations and generally supply Authorized Inspectors who have been trained and certified by NBIC to perform boiler inspections.  HRSG pressure part designs are required in the US to comply with the requirements of the ASME Boiler and Pressure Vessel Code, Section I and Section VIII [3] with power piping required to satisfy the requirements of the ASME B31.1 Code [4]. In the European Union, HRSG design and operation are covered by the European EN12952 standard [5] for boilers, EN13480 for piping [6], and the Pressure Equipment Directive (PED). The ultimate purpose of any inspection is to maintain the reliability and longevity of the equipment and systems under inspection.